Full Service Radio Can Still be a Successful Format

on June 14, 2017
(Welcome to new readers of my blog, and thanks to Tom Taylor for the plug.  Here's one of my more quoted and read posts. Thanks to Sean Ross for allowing me to write this guest column for his "Ross on Radio" newsletter.  Sign up for my "Brainstorming Radio" newsletter here.)

As a young Reds fan living outside Cincinnati, I grew up listening to Full Service Radio without knowing it.  WLW – “The Nation’s Station” - was always on the radio at my house. They played music, current Top 40 songs (not all of them – the industry called it “chicken rock.”) They had news – top and bottom of every hour – along with weather, traffic and all sorts of information. High profile personalities (James Francis Patrick O’Neill, “The Morning Mayor” and Rich King in the afternoon) were on every daypart. It met the listening needs of everyone in our household (until I became an unruly teenager and discovered WSAI.)  It also met the needs of a lot of listeners (up until the mid 70’s, WLW was number one every book and had almost twice as many listeners as the number two station. )

I got into radio programming during the “Great Differentiation” of the 80’s.  The Back Page of R&R went from one chart to nine.  Top 40 became CHR, and came in more than one flavor. And WLW (along with other AM stations) dropped all the music and began the transition into “News Talk.”  Many radio people thought the concept of “Full Service Radio” was dead, as did I, until I got to Evansville Indiana as program director of WIKY.

WIKY was (and is) a total throwback to the days of “Full Service Radio”.  There were four full time people in the news department when I got there. WIKY played Mainstream AC music during the weekday, but featured soft AC in the evenings, oldies on the weekends and Disco on Saturday night. High profile personalities were on every daypart. They interrupted anything with breaking news or weather alerts (and they could because there was always a live person in the studio 24/7/365!) And WIKY was and is a consistent Number One in Arbitron, with almost twice as many listeners as the number two station.

How do you do “Full Service Radio” in the 21st Century? After seven years at WIKY, I have some thoughts:


It’s not a traditional format. You can’t copy WIKY (or any other full service station) and take it to your town. WIKY has no play by play sports, which might be more important in other markets. Ongoing market research is an important tool. And music, while an important element, is not the driving force. No reason your "Full Service" station needs to be AC - in some markets, Country might make more sense.

It works better in a smaller (diary) market with heritage call letters. It’s easy to promote WIKY because you don’t need to explain it.

You need big time talent in morning drive and the three P’s – Paychecks, Purpose and Patience. WIKY’s Marconi Award winning morning show hosts (Dennis Jon Bailey and Diane Douglas) were big market (Boston and Milwaukee, respectively) before arriving in Evansville. Yes, it will cost you money (paychecks). Yes, they need to be out and involved every day, so you can’t make them PD and Prod Director as well (purpose).  And you need to give them time to develop and ingratiate themselves into the community (patience).

News is important but weather is the secret sauce, especially in the Midwest. A Full-Service station needs to be known as the first place for weather information at all times of the day (or night.) This requires two major elements:
a.  a strong relationship with a weather info source - the local TV station, Accuweather, something that can provide immediate audio at the first hint of bad weather and
b.  Backup power / generators for everything, not just the transmitter.

Example – Evansville is on the Ohio River, right along a trough that brings tornados and thunderstorms every spring. Our relationship with the local NBC TV station gave us a high-quality audio feed directly from their master control board, which we flipped to as soon as any warning was issued. So, the night that the TV transmitter was struck by lightning which left video in place but lost the audio feed, WIKY stayed live with their audio from their TV meteorologists.  When the station discovered the problem they added this to the screen - “No sound? Turn on 104.1 FM WIKY.”   And left it on all night, even after they fixed the problem.

As an industry, we may be past the time where the investment necessary to produce a Full Service station can produce an appropriate return. (It does help to have a cluster of stations around to repurpose some of those resources and to defend the Full Service station from flank attacks.) But in many medium and small markets, my experience shows it can be a fruitful and profitable alternative.

Thanks for reading.  I'm an experienced radio pro doing project work out of Columbus Ohio for broadcasters in need.
mark@markelliottradio.com
614-741-4082

"Mark brings a wealth of experience to any project he is involved with. He truly cares about his clients’ success. I would work with Mark Elliott again without hesitation."
Jack Taddeo/NRG Media

"When it comes to broadcasting Mark has wealth of experience and knowledge.  Over the years we worked together I found him to be a great strategist and an invaluable resource.  If you are looking for a multi-faceted broadcast professional then Mark needs to be on your short list."
Tim Huelsing/ Midwest Communications Indiana

Millennials - They Still Love Radio, but Are They Paying Attention?

I’m lucky to be back in Columbus, Ohio - my hometown - I spend a lot of time with family, especially nieces and nephews and their friends.   The other day, I was “volunteered” to transport three of my niece’s girlfriends from campus to a “secret party location” (that way they would be forced to spend the night or safely Uber home.) They all piled in the backseat and begged to stop at the gas station on the way for cigarettes and six-packs (they were all old enough and uncles don’t judge.)  Once we got on the road they were excited to ask me questions and talk about music and radio.   “We love radio.. we listen all the time, it’s free and this one station plays great music.  The Blitz - can we listen to the Blitz?”   I wasn’t surprised.  As their website states -  “99.7 The Blitz WRKZ Columbus Ohio is an active rock radio station featuring artists like Metallica, Nirvana, Korn, Soundgarden, Disturbed and Tool.” Not my cup of tea, but I was just the chauffeur, so I flipped i 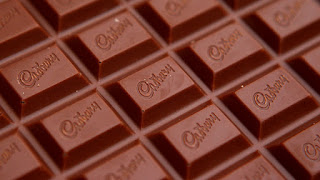 Are you hosting a female based morning show looking for a talk topic you can use every day for like the next.. year? Chocolate Expected to Be Extinct in 35 years?   But it turns out, that may not actually be true. Snopes fact checks the chocolate story.